Next on our list of things to see in Yellowstone were the Mammoth Hot Springs in the northwest of the park. This one place was a winner too and I couldn’t believe it that this park keeps getting better and better. The hot springs are in fact tiers of cascading limestone terraces in beautiful colors. We left the car in a parking lot and took a walk around the boardwalk. I got really upset when halfway through the walk my camera battery went out. I had a replacement with me but it was securely stored in the car 🙁 which at this point was pretty far away. So I had to put up with not taking pictures which was really upsetting since the springs are a real stand out in a park full of spectacular views. After we finished seeing the hot springs we started on a hike on the Beaver Ponds Trail, a 5 mile loop passing through forests and little meadows and by some ponds good for spotting moose. We didn’t see any moose but the hike was nice. Back in Mammoth Village we saw a herd of elks and to make up for the terraces I took about 50 pictures of the elks. It was nearly sunset when we left Mammoth and I thought that the day had finished but I was wrong. On our way back to the town we passed by a large group of people sitting by the side of the road. We stopped and got out of the car to see what the commotion was about and we saw two little bear cubs playing under a tree. I was just thinking that the mother can’t be far when I heard someone saying “My god, she’s so big”. But I couldn’t see her. Where was she? Finally I noticed she was up in the tree under which the cubs were playing. And she was big indeed. If I ever needed proof that bears can climb trees, it’s all in the past now. 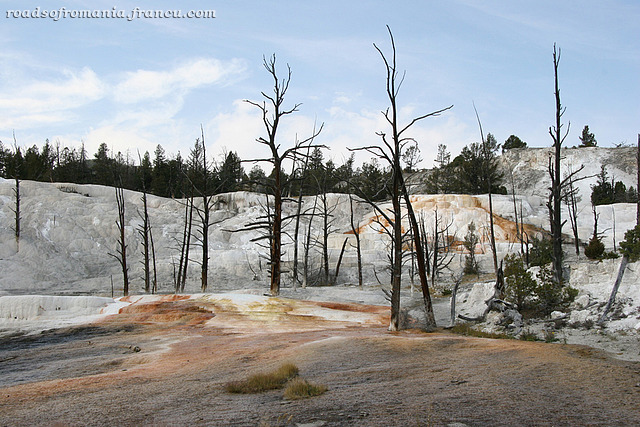 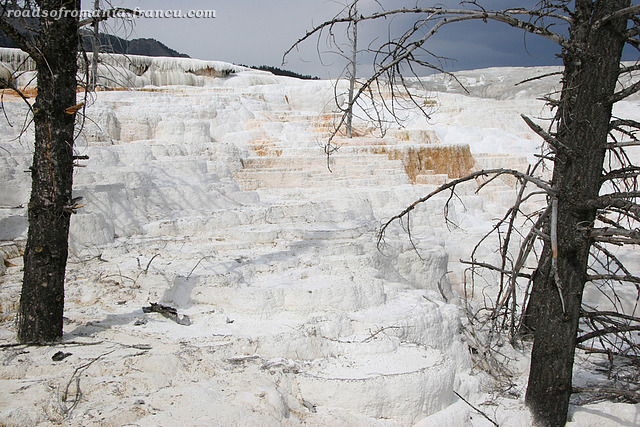 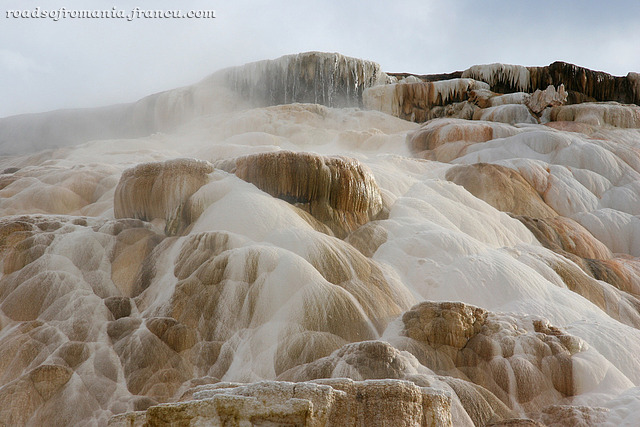 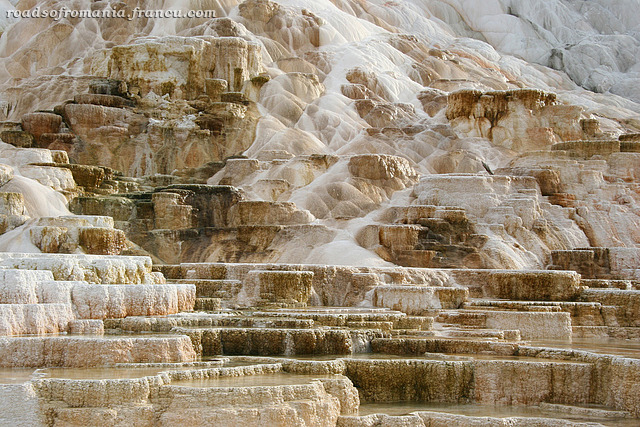 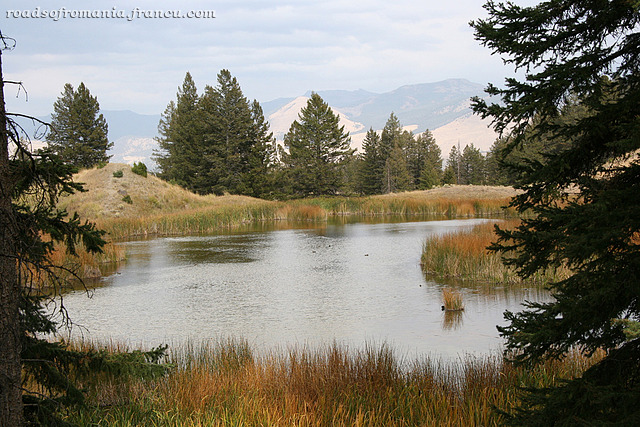 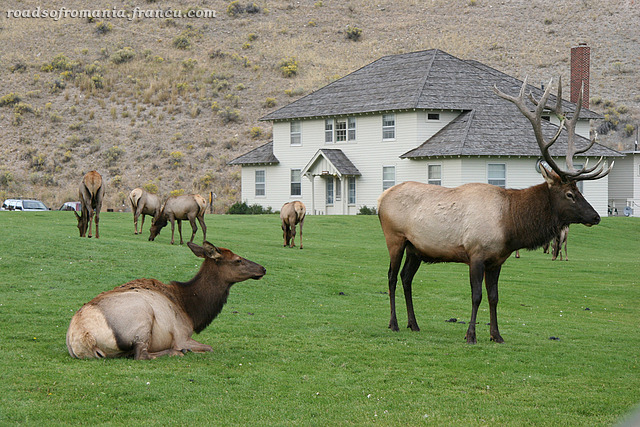 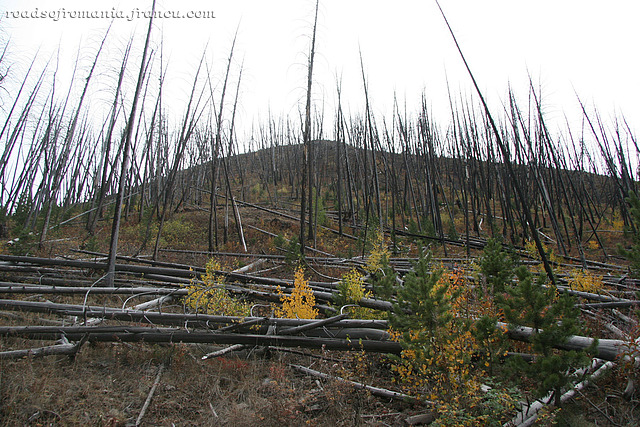 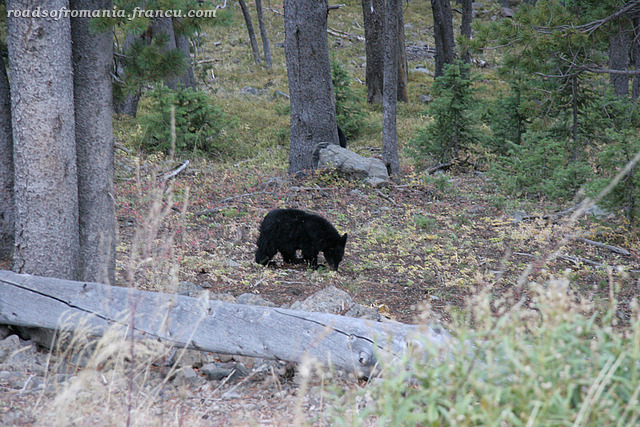 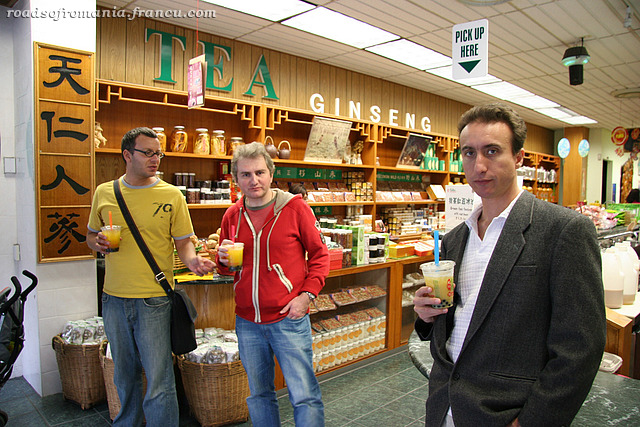 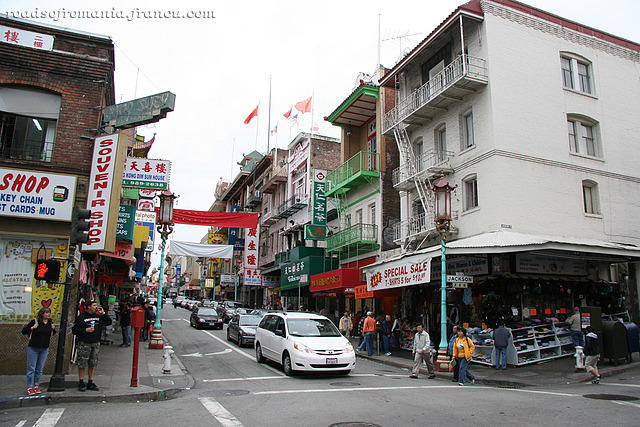 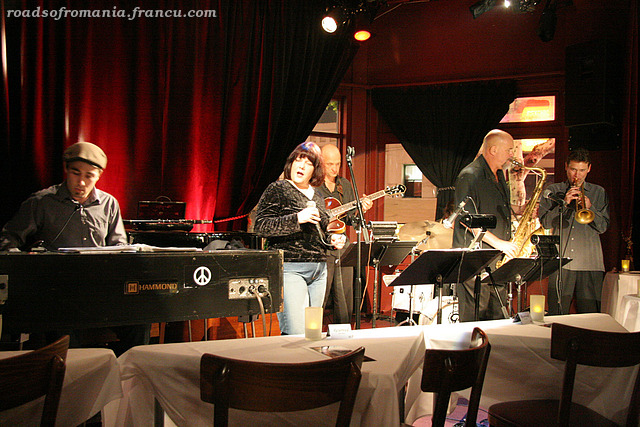 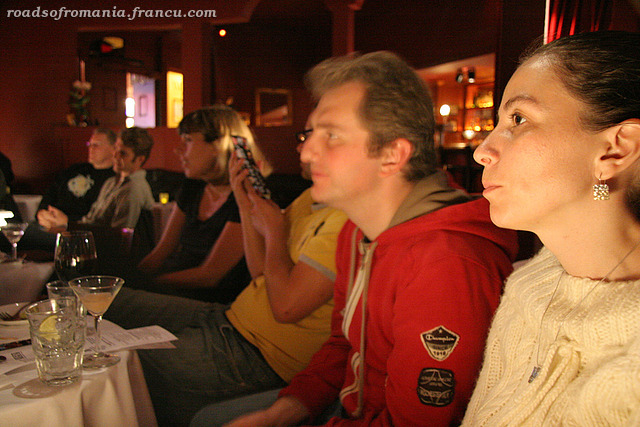