A few people asked me why there hasn’t been any posting on my blog lately. I guess somebody was reading my ramblings after all. The answer that I prefer is that it was a busy month and I couldn’t find the time to write. The other answer is that I need more self-discipline; I can be pretty lazy at times. I’ll try to behave from now on 🙂

Now back to the title and the topic I wanted to write about. I’ve lived in US for 10 years but I never became interested in American sports. I’ve never watched a baseball game, even though I lived in New Jersey and San Francisco both places where baseball is very popular. Basketball I like and I watched for a couple of years. I started doing it when I was working in Sacramento and the Kings were the standard lunch discussion topic. The peer pressure stopped when I left that job and I stopped watching the games. Football I’ve watched twice, the first being the “historic” Super Bowl with the “wardrobe malfunction”. We were stuck at Tahoe with a friend who wanted to watch it. The second time I watched a football game was last night when I saw the last half hour of the Louisville-Rutgers game. For those who don’t know that about me I went to Rutgers and that apparently makes me a Scarlet Knight. Every time I used to wear a Rutgers t-shit to work people would ask me “Are you a Scarlet Knight?” “No, I would say, I’m European so all I know about is soccer”. What I remember about the Knights was that while I was studying at Rutgers they always lost. It also used to bother me when they had a home game and the whole campus was blocked. I lived on campus and it was a pain to get home on a game day. Last week a friend asked us if we follow the Knights. We said no, why bother, they always loose. He said not this season, they’re winning. Last night he called to tell us that there’s a Rutgers game on ESPN. So I started watching and to my surprise I started liking it. The Knights won and apparently I was lucky enough to see another historical game. The Knights won their biggest game in history, or so the commentators said. Since I don’t know anything about football I don’t know what this victory means. But I’m glad that the Knights won. I liked it at Rutgers.

I took some crappy pictures of the TV to remember this historical win. 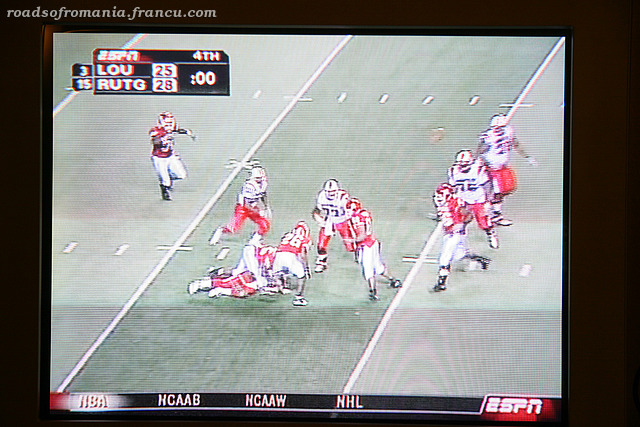 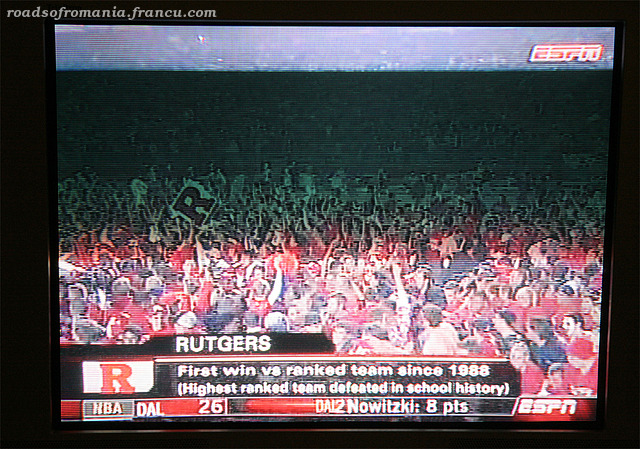 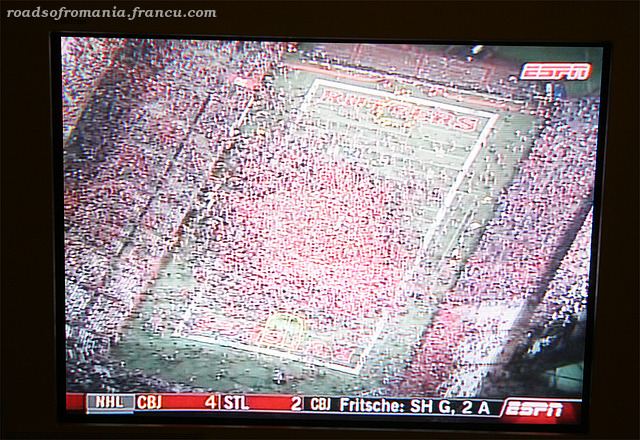