These are a few stencil grafitti that I spotted around Bucharest. I didn’t use to look at the walls too close until I noticed the first grafitti. Now I see them all around the city. 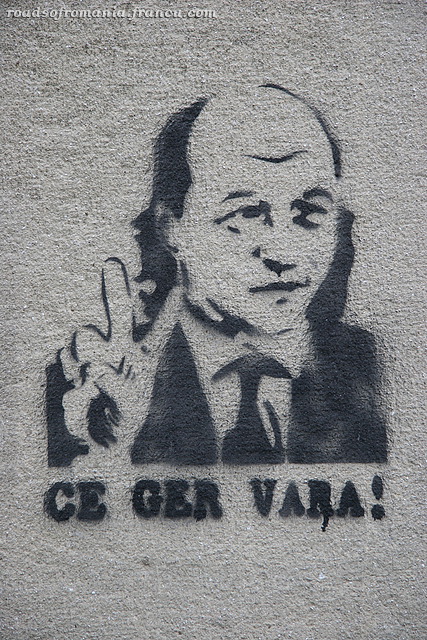 This is our current president, Traian Basescu and the grafitti reads “What cold in the summer”. Once in an interview he told the reporters that “The summer is not like the winter” (duh!) a sentence that made career as a famous quote. Searching on google for “vara nu-i ca iarna” gives 11900 results. 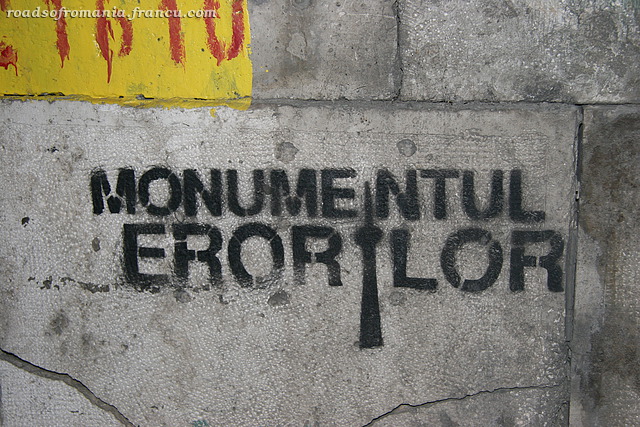 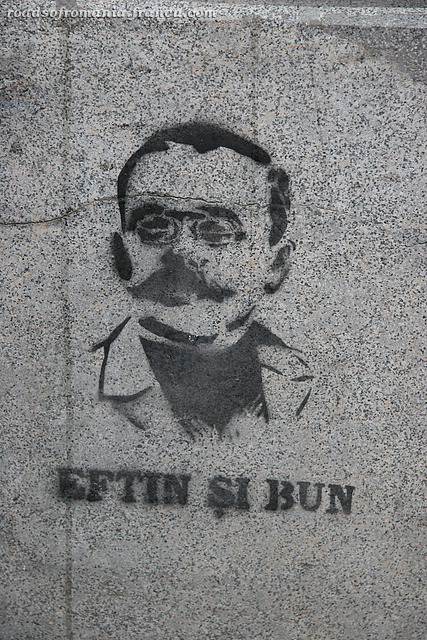 Romanian writer from the 19th-century. Caption says “Cheap and good”. 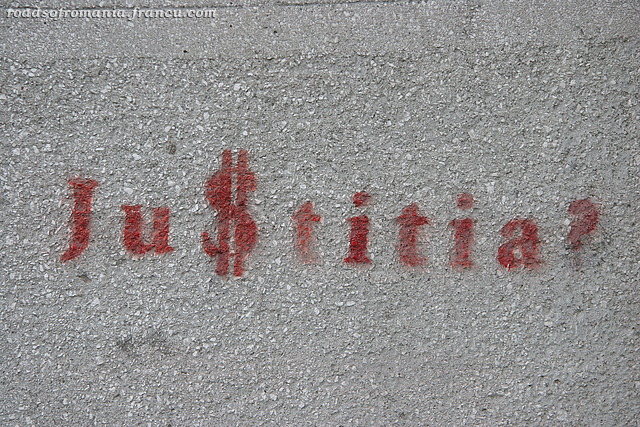 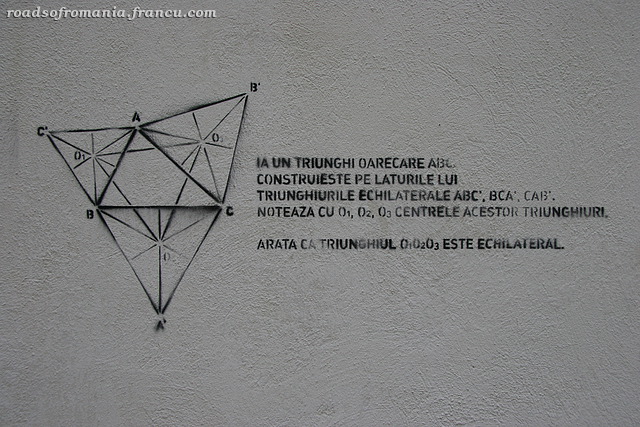 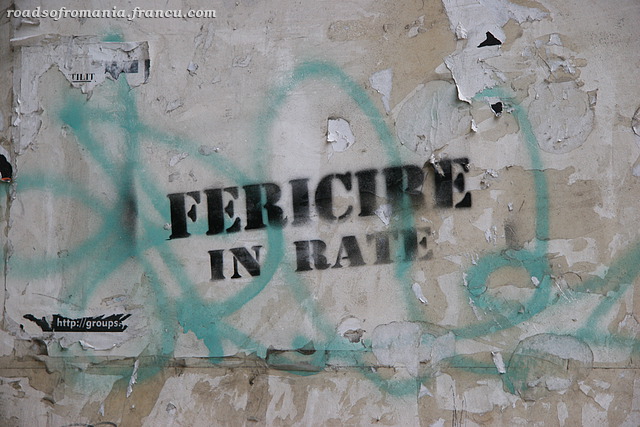 “Happiness in monthly payments”. I don’t know if this was the intention of the author but to me this sounds like a good anti-slogan for consumerism. 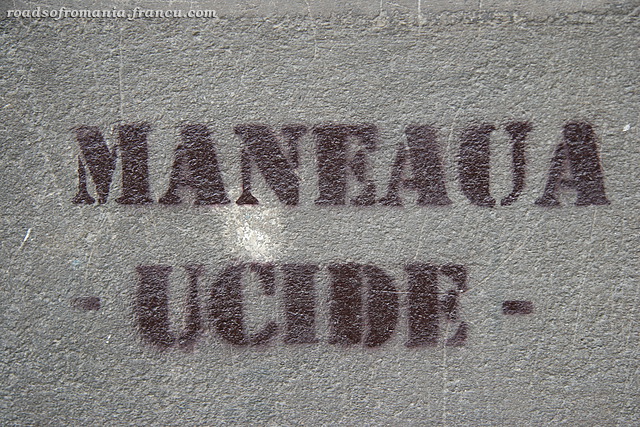 “Maneaua kills”. From Wikipedia “Manele (singular: Manea) is a Balkan music style mainly derived from Turkish love songs, considered by many to be a form of sub-culture. It is most prominent in Romania, especially in rural areas and poor urban neighbourhoods, but is also present in Bulgaria, Serbia, Albania and parts of Turkey. Manele musicians are called “manelişti” in Romania.” 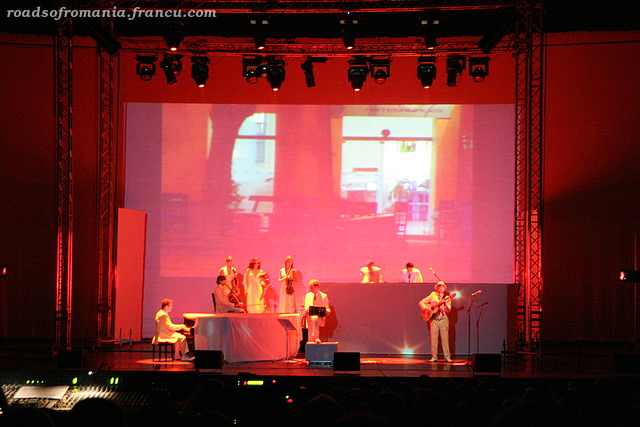 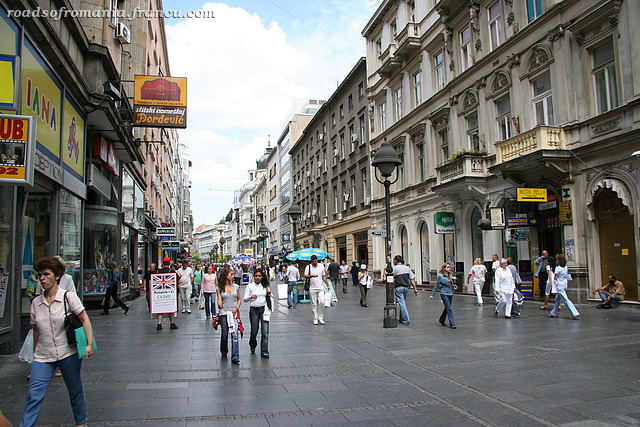 So… here it is. The first post of my new blog. For a long time I wanted to start a blog but until now I’ve been too lazy to do it. I didn’t know much about blogs until about six months ago when I was doing research about visiting Argentina and I ran into a blog written by an American living in Buenos Aires. I liked that blog a lot. I still read it daily. From there I started discovering the world of blogs . And about two months ago I decided to start my own.

It wasn’t easy coming up with a name. First I though to call it “A Tale of Two Cities” based on the fact that I’m now sharing my time between Bucharest and San Francisco. But that seemed a bit too easy. I also thought of the name “The Wild West & The Wild East” based on the same idea, that I would be writing mostly from San Francisco and Bucharest, the Southwest USA and the Eastern Europe. But the name seemed too long and somewhat boring. In the end I settled for the name “Roads of Romania” because that’s where I’m from and no matter where I am geographically I see the world with Romanian eyes. I grew up in Romania and culturally I will always be a Romanian product. The “roads” of Romania don’t have to be physical roads. They can be mental roads as well, the way I interpret everything through my Romanian upbringing. So “Roads of Romania” it is.

When thinking about the blog I had to make another decision. What language will I be using? I want my English-speaking friends to be able to read it, but I would also like to write in Romanian. I see no other way out but to keep a bilingual blog. Which I will be trying to do in the months following. It might take me a little while to figure out how to do this but I’ll try to do my best. I already came up with a Romanian version of the title. I called it “Prin Romania”.