Day Five. Another day, another museum. This time, to make Cris happy, I picked the National Museum of Natural History. First we took a short stroll through the southern part of Central Park. We passed by the pond – I wonder what happens to the ducks in winter? 🙂 (This was my attempt of a literary joke) – by some baseball fields full of activity, and finally by the Strawberry Fields and John Lennon memorial. The museum was pretty crowded, given that it was a Sunday. Cris got upset when he found out that the IMAX theater was closed. He was looking forward to seeing a movie at IMAX. Instead, we got tickets for the Cosmic Collision, which turned out to be a 20 minutes movie narrated by Robert Redford with some nice special effects. It showed the importance of cosmic collisions and I learned a few new things (about solar wind and how Earth is protected by it by the magnetic field generated by its iron core). After the show we spent most of our time in the Rose Center for Earth and Space. Exiting the big silver globe that is the Planetarium you can descend via a spiral platform that traces the history of the universe. From the Rose Center for Earth and Space we went up to the fourth floor to see the dinosaur halls. Huge dinosaur skeletons dwarfed everything in the room. We left at the closing time regretting that we didn’t have more time to look around. If I were to live in NY I’d probably come here more often. 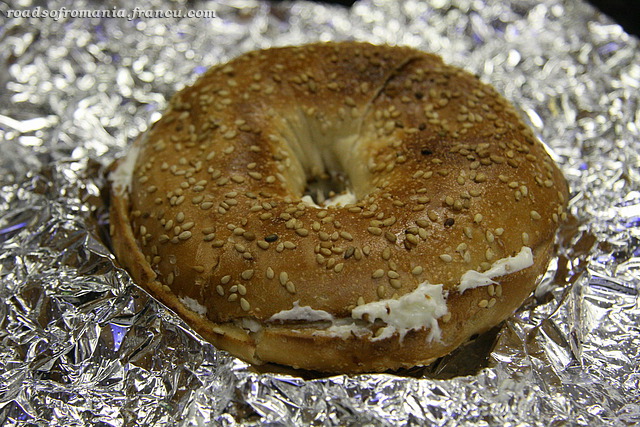 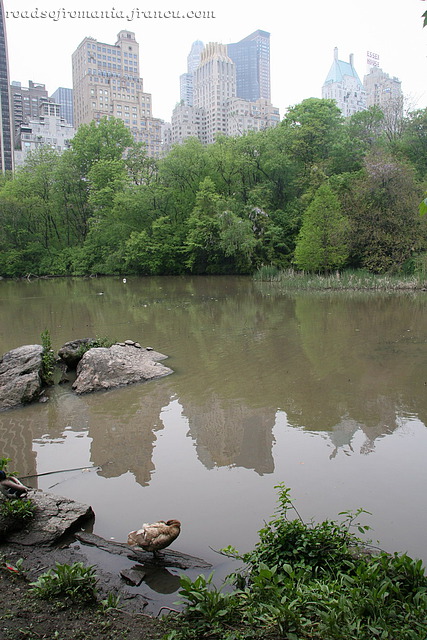 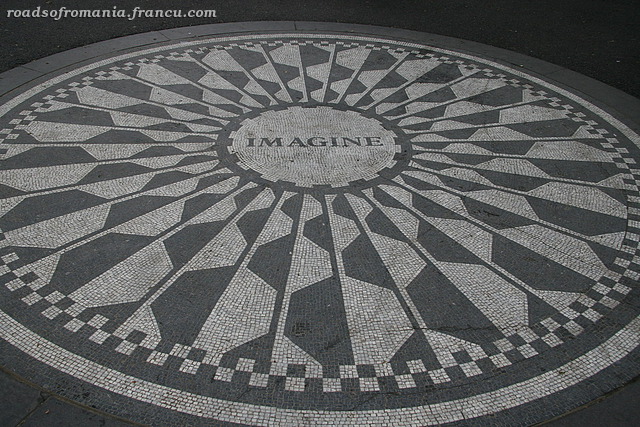 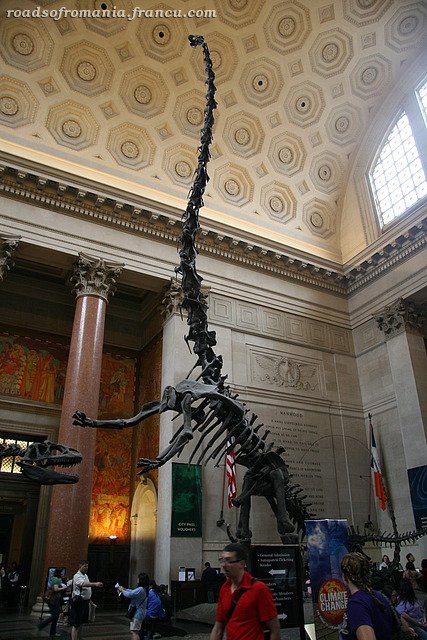 Rose Center for Earth and Space, Museum of National History: 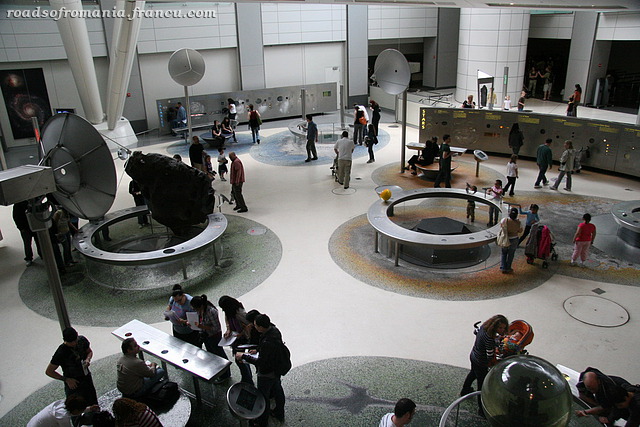 My diet was too severe: 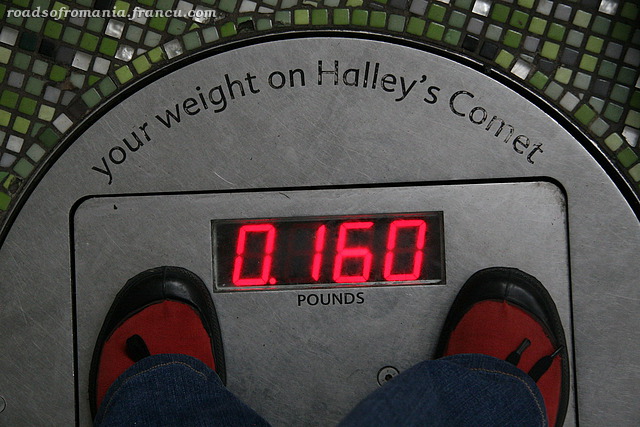 One of the dinosaur halls: 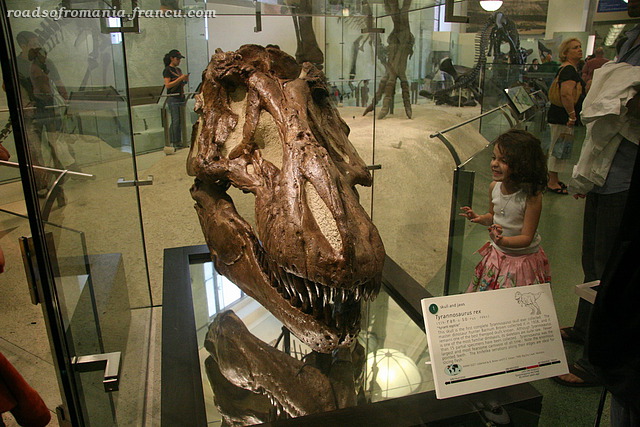 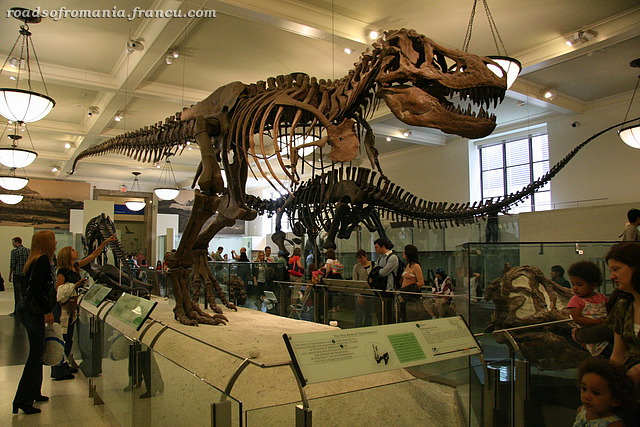 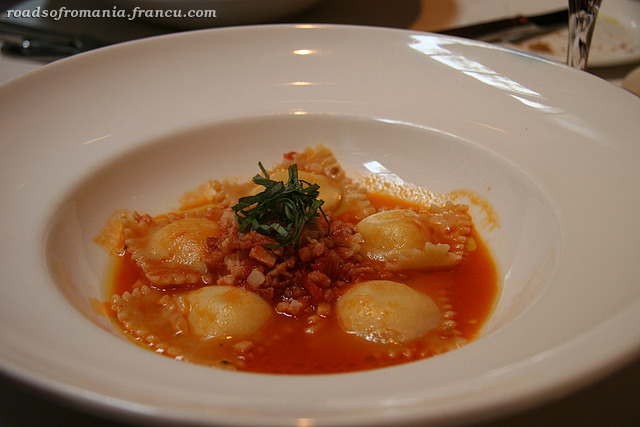 The Globe at the Trump Tower, Columbus Circle: 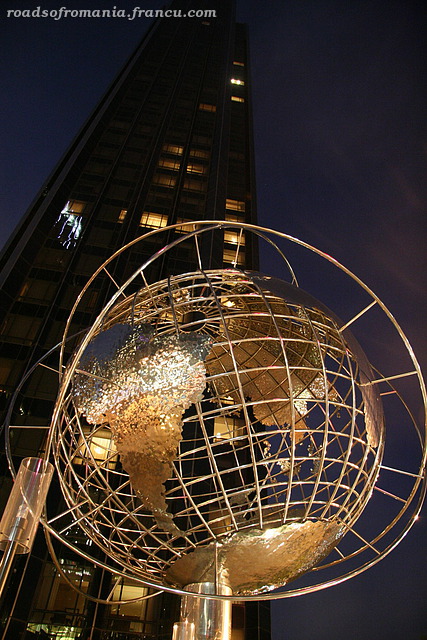