Day Four. I said on my previous posts that I won’t do anything too touristic on this trip but as I passed by the Rockefeller Plaza on our 5th Avenue stroll I noticed a booth with the following sign “Top of the Deck – Tickets for the Observation Deck” and I couldn’t help myself, I convinced everyone to go up on the Rockefeller Center. I was surprised that I didn’t know about climbing the tower before, but I read in the LP Guide that the observation deck was closed for almost two decades from 1986 to 2005. We moved to the West Coast at the end of 2000 so the deck was still closed at that time. After paying $20/person (ouch), going through different security checks and watching a short movie about the center, we were ushered into an elevator and told to look up. As the elevator started a movie was projected its ceiling, showing different images from the history of New York and after a short ride we arrived on the 67th floor. The views from up there were amazing and we got a pretty nice look at the Empire State Building and the Central Park while the Crysler Building was partially obscured by another building. We spent about half an hour there taking pictures and listening to the French tourists. Based on our observation half of the tourists in NY at this moment in time were speaking French. Who knows, maybe they were French Canadians but I think they were French taking advantage of the weak dollar.

Afterwards we sat down at the Rink Cafe for drinks and snacks. While trying to find our way out of the building to the cafe we passed by many stores inside the Rockefeller Center including a shoeshine store where believe it or not, there were people in line waiting to get a shoe shine. Didn’t see that one before. After the break we walked by the NY City Library through Bryant Park to Times Square, this time at daylight. It was as crazy as at nighttime. Every three meters or so someone was advertising something or trying to sell you some kind of tour. We were pretty tired by that time so we decided to go see a movie and we picked Star Trek which was just opening in theatres. Cris and I are old Star Trek fans, we have seen all the series (even half of Enterprise) and most of the previous Star Trek movies. This one is a prequel, happening before the start of The Original Series and showing how Spock and Kirk met. I really liked the movie, I thought the actors were well chosen and they had a good chemistry together. It made lots of references to the series, as a gift to the fans, it had good special effects, lots of action and a decent script. I hope it does well at the box office so we can see them again in a sequel.
Oueensboro Bridge: 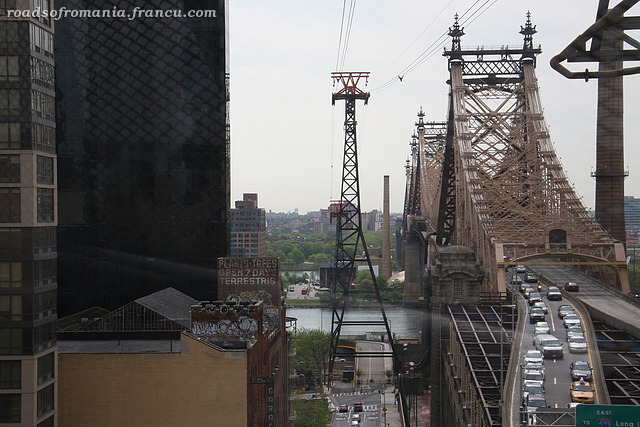 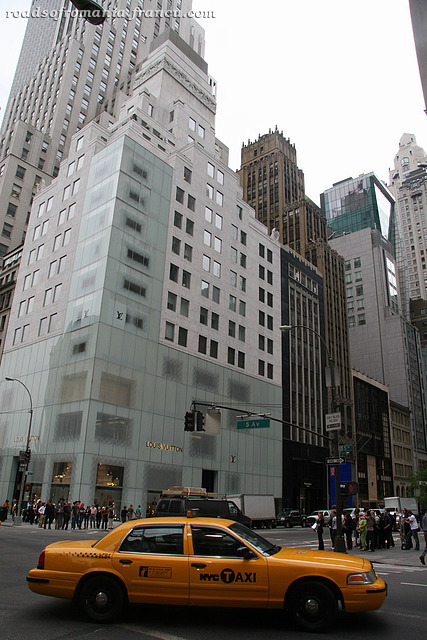 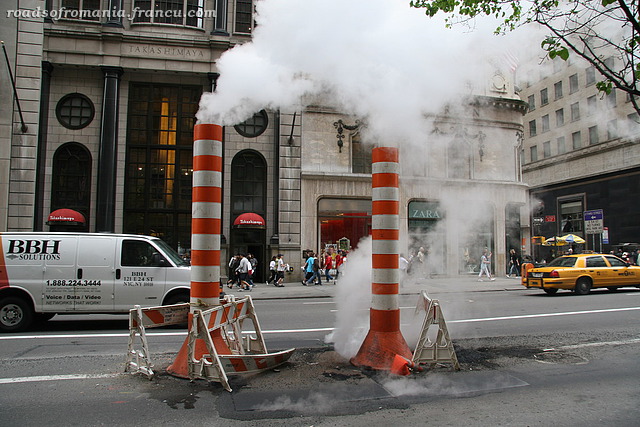 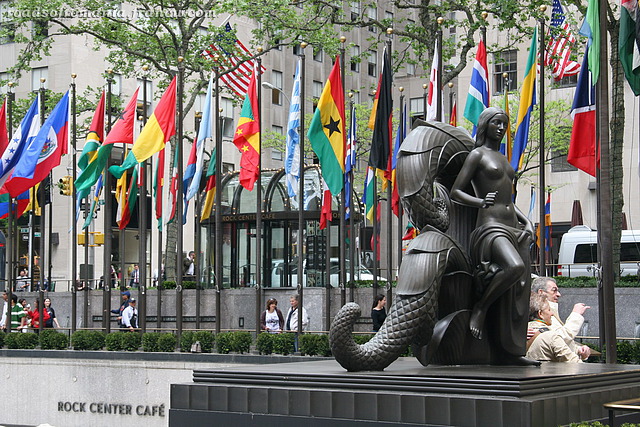 View of Central Park from the top of Rockefeller Center: 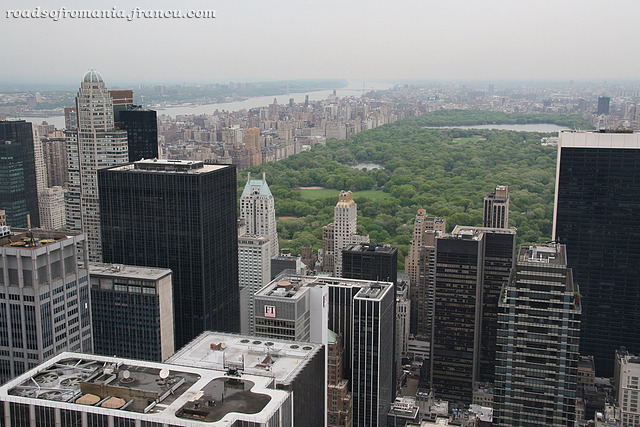 Midtown Manhattan seen from the top of Rockefeller Center: 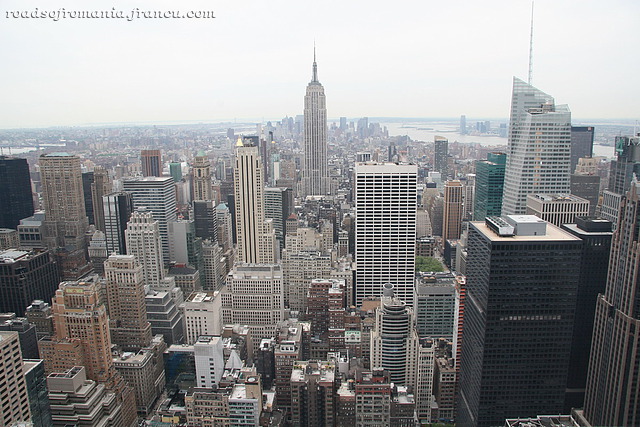 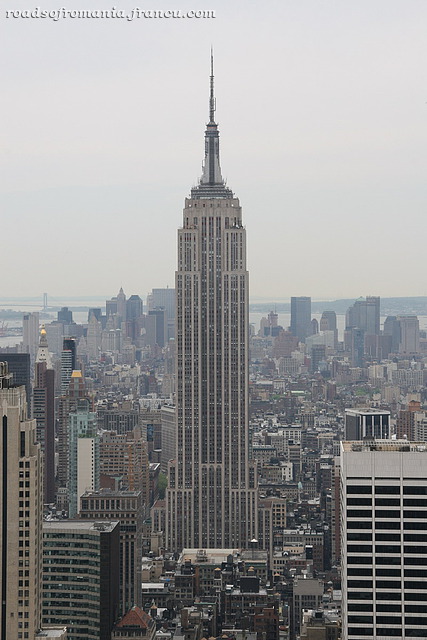 The entrance to the Rockefeller Center: 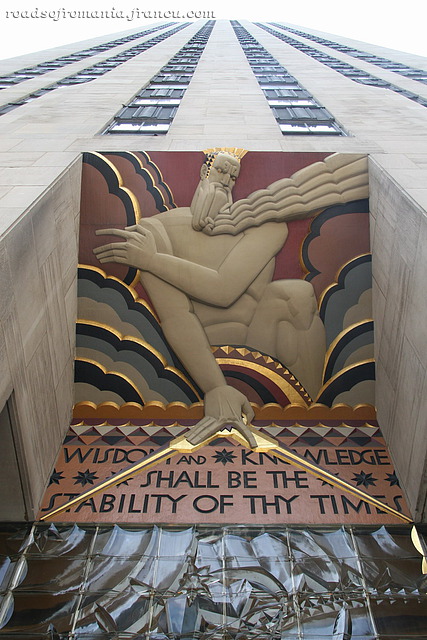 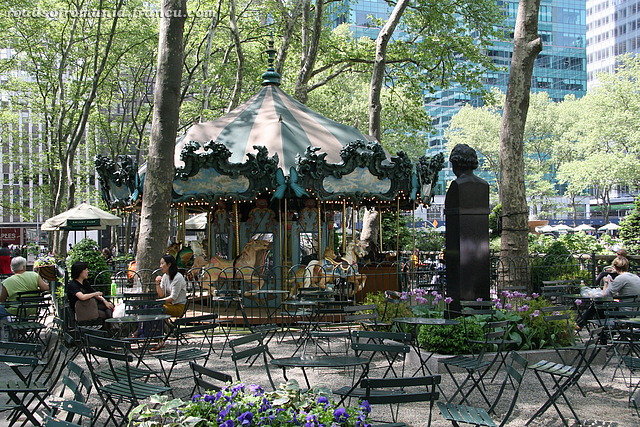 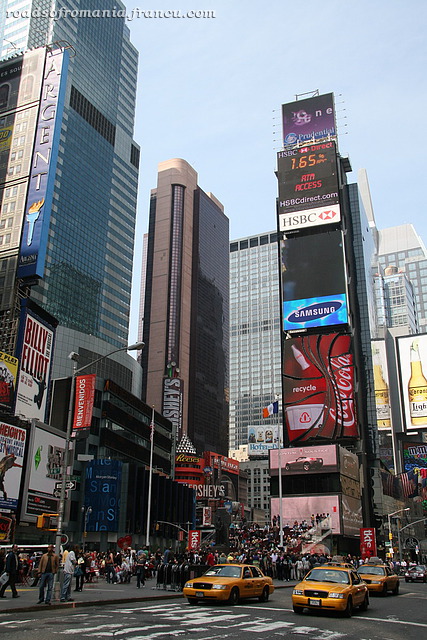 The line for the TKTS ticket booth in Times Square: 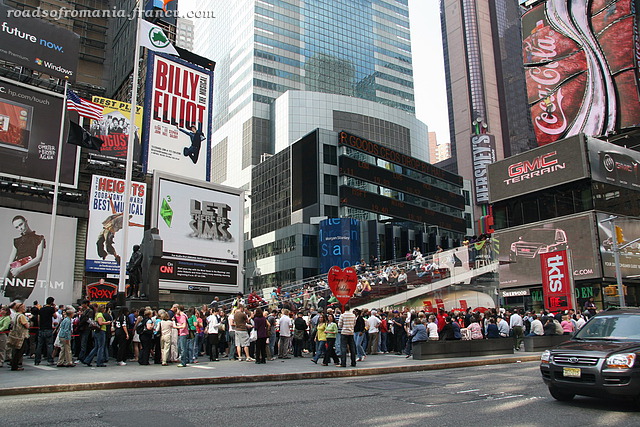 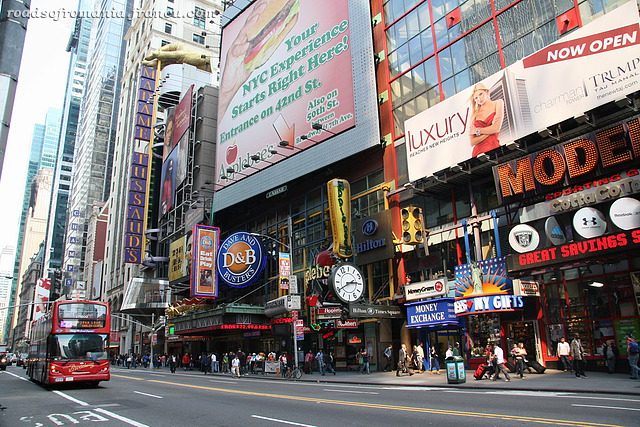