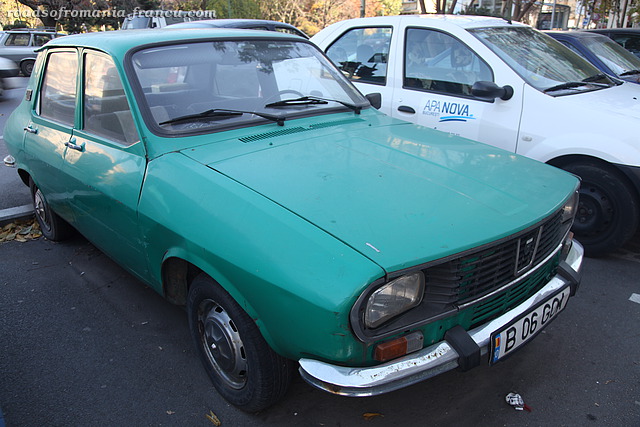 Bucharest. Dacia was the car manufactured in Romania during the communist regime. It was modeled after Renault 12. The first car was produced in 1969 and for the next 35 years the designed changed very little. It was discontinued in 2004. For many years my parents had one just like the one in today photo, in exactly this same ugly color. They used to be quite common 20 years ago but now I rarely see one on the streets of Bucharest.