The first day of the trip wasn’t much to talk about. We drove for 700 miles, passing from California to Nevada and Idaho, ending up in the town of Twin Falls. We left our friends house in Sunnyvale, CA about 10 AM and got to Twin Falls around 11 PM local time. We stopped to eat at a fast food place off Hwy 80 where the food was awful. We spent the time chatting with Laura and Alin, catching up with everything that happened during our four months absence. The scenery was pretty all the way to Idaho. Nevada looked a lot like the desert part of Southern California. Yellow fields stretching to meet the horizon. Black cows here and there. Plus the occasional casino in the middle of nowhere. We were pretty tired when we got to Twin Falls and since we had one more day of driving in front of us, we called it a night soon after we arrived at the hotel.

Next day we managed to get ready to leave the hotel at around 10 AM. The reason for our stop in Twin Falls was to see the Shoshone Falls. I wasn’t expecting much since I read somewhere before the trip that the falls are at their best in April when water flows are high but that the flows diminish significantly over the summer due to irrigation. I figured that wasn’t much left by September. They looked impressive in the pictures I’ve seen on the web but I was sure that those pictures were taken in spring and probably in good years too. We drove for three miles past the main street in Twin Falls and found ourselves at the entrance gate. For $3.50 we were allowed to pass and got a brochure that described the falls as – how else? 🙂 – “The Niagara of the West”. The brochure even boasted that Shoshones are 50 feet taller then Niagara. Unfortunately I was right in my expectations. The falls did not look like the web pictures. They were nice but not that impressive. We took a few pictures and hit the road again, heading for Ketchum. 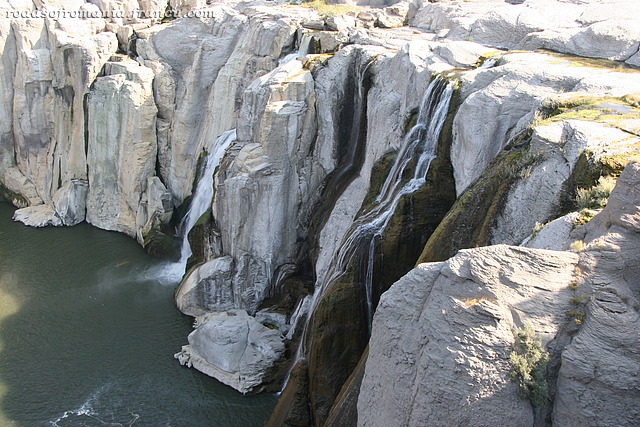 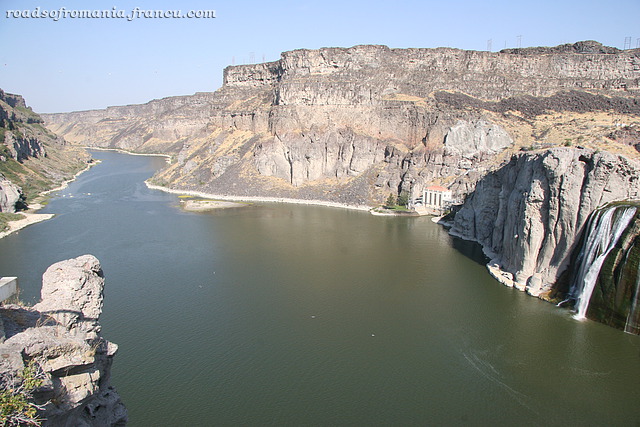 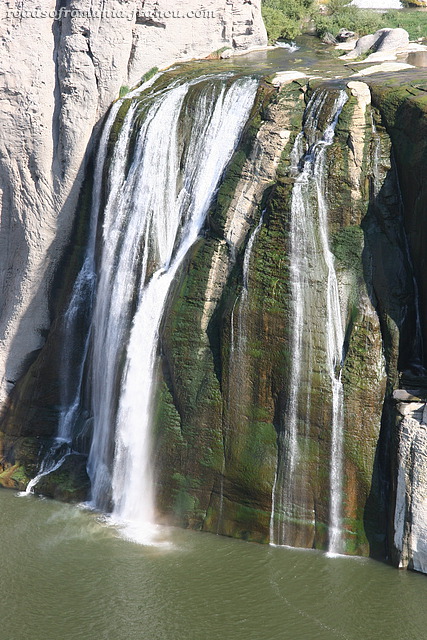