Next day we went to Grand Teton, a national park located south of Yellowstone. We drove for almost 100 miles. It wasn’t the best day to visit Grand Teton, since it was hazy and one can barely distinguish the silhouettes of the beautiful mountains that are the attraction of the park. Probably the Teton range looked better in the early morning, but our friends got up late and with all the driving we got to the park at around 1 PM. We drove to Jenny Lake in the south of the park, took a boat to the western shore of the lake and hiked a small trail to the Hidden Falls and to a panorama point called Inspiration Point from where we could see the entire Jenny Lake at our feet. All around this area there were signs advising people that bears are in the area: do not try to feed them – who would be crazy enough to try that? – don’t leave your backpack lying around etc. The hike was pretty, even though a bit crowded with people. On our way back through Yellowstone we passed a sign marking “Continental Divide” which I had no idea what it was but later found out – thanks to wikipedia – that it is “a line of elevated terrain which forms a border between two watersheds such that water falling on one side of the line eventually travels to one ocean or body of water, and water on the other side travels to another, generally on the opposite side of the continent”. In this case the Continental Divide separates the watersheds of the Pacific Ocean from those of the Atlantic or Arctic Oceans. 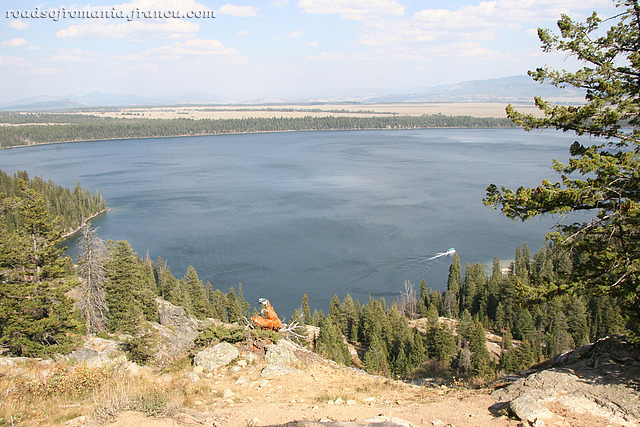 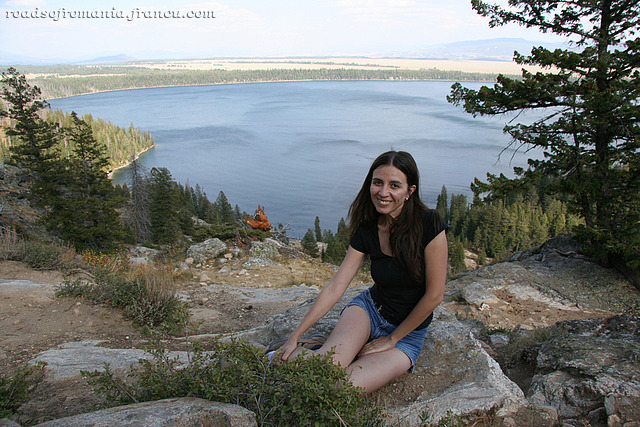 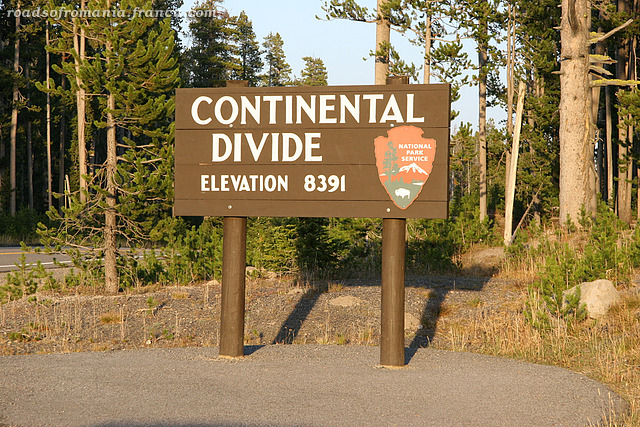 For dinner we decided not to eat in the park like we did the previous days but go to West Yellowstone. At Alin’s insistence we choose a pizza place. I’m not a big fan of pizza so I ordered macaroni and cheese, comfort food for the soul 🙂 In the menu the m&c of Wild West Pizzeria of West Yellowstone was advertised as “world renowned”. I don’t know if it is really world renowned but it was very good and it reminded me of a dish that we eat in Romania. I have to say that this was the first time that I ate macaroni and cheese which must be a record of some kind since I’ve been living in US for 10 years and m&c is pretty popular here. They used to serve it in Intel’s cafeteria from time to time but I never had the curiosity of trying it. 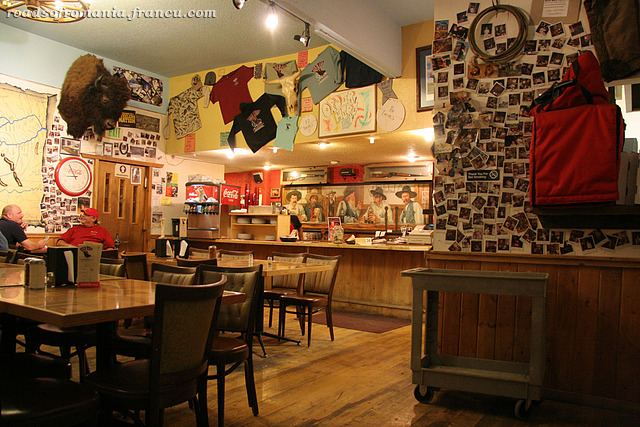