I had great plans for our second day on Big Island but it wasn’t to be, I had to rethink everything because of the weather. I was planning on a 4 miles hike but when we approached the start of the trail it started to rain and fog was rolling in so we turned around and drove northwest. The highway climbed to 3000 feet rapidly. Where I grew up I’m used to seeing fir-trees when we get to this elevation but here it was just pastureland and even a few cacti sprinkled here and there. We passed a few little towns and stopped at Pololu Valley overlook. The view was of a small black sand beach surrounded by soaring cliffs and it was beautiful. Living in northern California spoiled me a bit, because truth is I’ve seen many valleys like Pololu. There’s three per mile if one drives down Highway 1 from San Francisco to Monterey, granted not with volcanic sand. I liked the view but I didn’t think it was so exceptional as my travel guide described it. We hiked down into the valley, a short hike on a clearly marked path. As we got closer to the beach we were surrounded by a horrible stench and soon we discovered the source: a dead cow covered with flies. How the cow got there I have no idea. If it was near the cliffs I would have asummed that it fell but it was right in the middle of the beach. The beach was very rocky, with big and small bolders and the occasional patch where the bolders were grinded into coarse black sand by the ocean. We walked around, took some pictures and started on our return. At some point Cris was telling me about an article that he read about how plants produce methane and I guess I was so taken with the subject, my mind wandering off in all directions that I mistepped and took a nasty fell. I didn’t break anything but I got a big bruise which started to bleed a bit. I don’t even remember when I fell last, probably more than 10 years ago. I kept looking at the bruise on the hike back, like it was something that I’ve never seen before. I hope I’m not turning into a hypochondriac.

Back on the highway we stopped in Kapa’au and took a picture of the statue of Kamehameha the Great, who’s probably the greatest Hawaiian king, the one who conquered all the islands, excuse me, the one who “united” the islands. We left the highway to get to a heiau – a Hawaiian temple – but no luck there as well; the unpaved road was too muddy and we were afraid the car will get stuck. To use the remaining daylight we took a stroll around the fish ponds at the Mauna Lani resort. After that it was time for the second sunset of the trip. 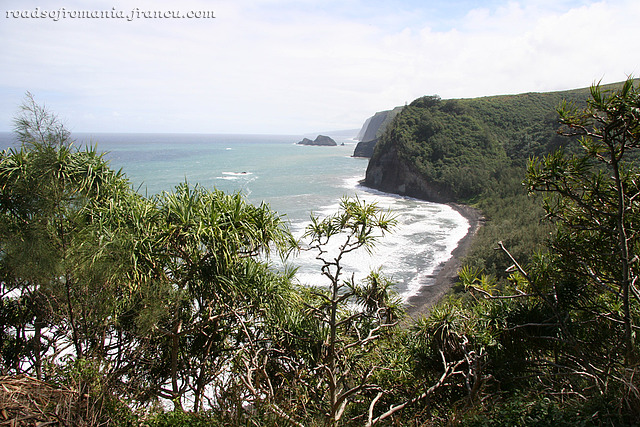 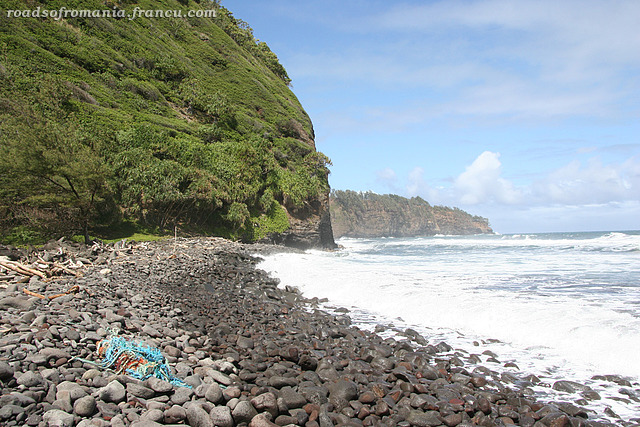 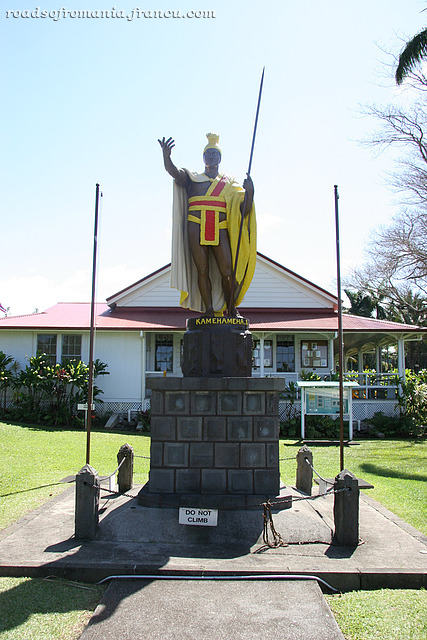 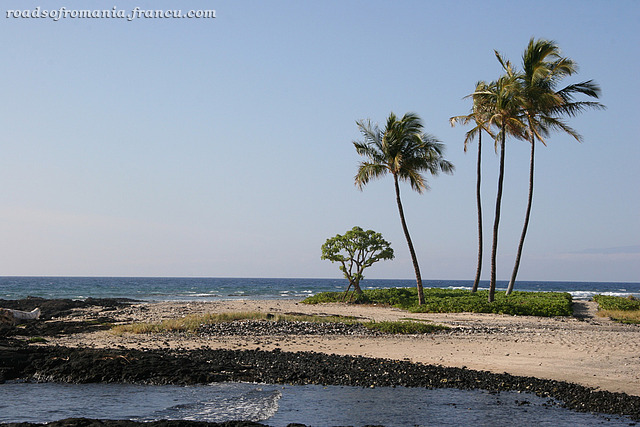 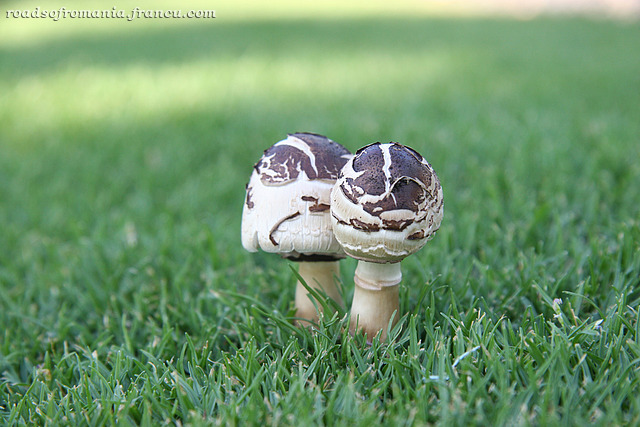 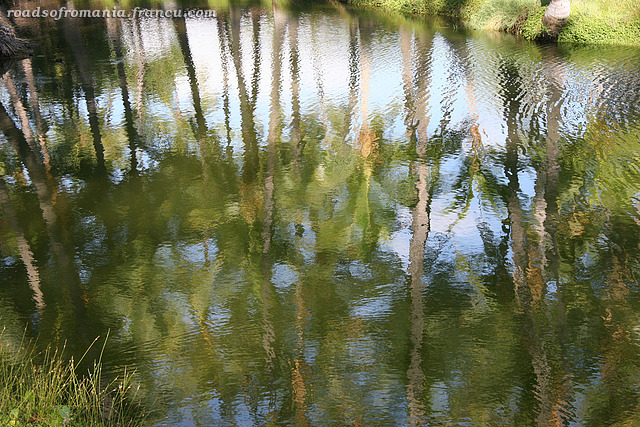 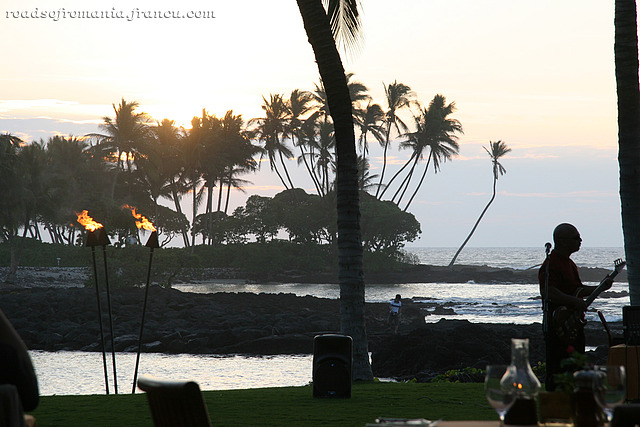