Big Island, Hawai’i, 3rd Day. All three Hawaiian islands that we visited so far have one thing in common: their west side is dry and gets lots of sun while their east side is … my travel guide says “green” but I’ll translate that for you and call it as it is: rainy. In the summer staying on the green side is not a problem but in the winter it rains a lot. Otherwise the temperatures in Hawaii are pretty much the same all year with this one exception: on the east side it rains more, especially during winter. It goes without saying that this being the beginning of March, I booked a room in a hotel on the west side of Big Island. Even though the volcano that we wanted to visit was on the east side and the fact that I understand that rain is good for the earth, I still didn’t want to see lots of it on my vacation. So on the third day came the time when we drove to the wet side of the island. The weather forecast sounded resonable with a prediction of “scattered showers”. The weather people in Hawai’i surely have a very developed sense of humor because what we found was this: they weren’t showers because by showers I understand a fall of rain of short duration, short underlined; they were rather downpours lasting all day; also they weren’t scattered, rather it was raining everywhere. Later that day we found out that the weather report is a bit of a joke around locals. Apparently they predict the same forecast every day. We drove through rain for hours and tried to get out of the car here and there, but in most places the rain was so heavy that you couldn’t see anything, much less enjoy it. We went all the way to the volcano but no luck there as well. What we found was rain with a new element of surprise, fog. On the way back to the hotel we caught a gap of about 20 minutes in the downpour and we managed to get out of the car and admire two waterfalls, Pe’epe’e and Rainbow. After that the rain started again. I was happy to return to the west side. 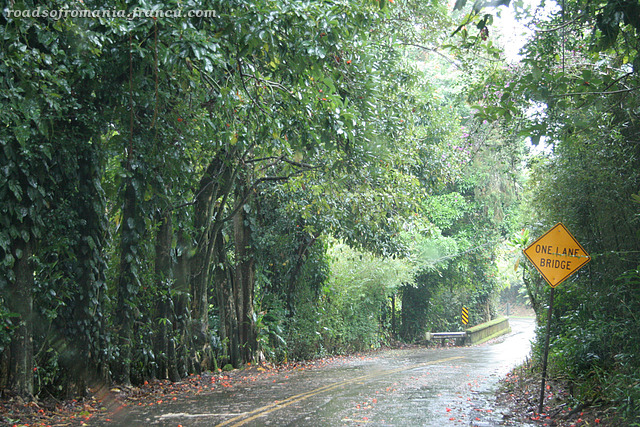 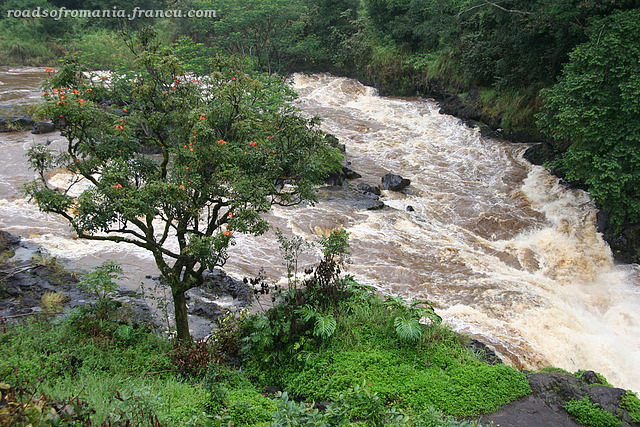 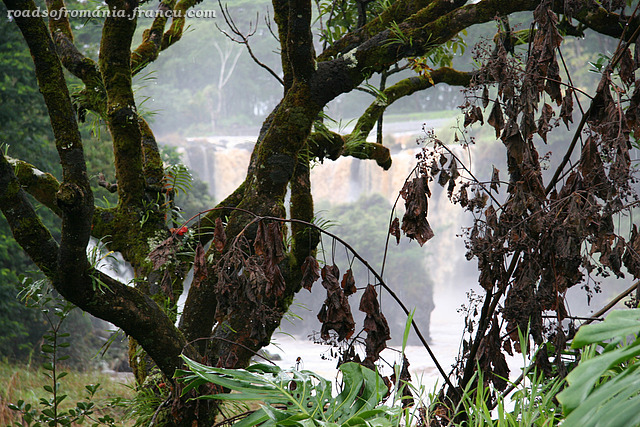 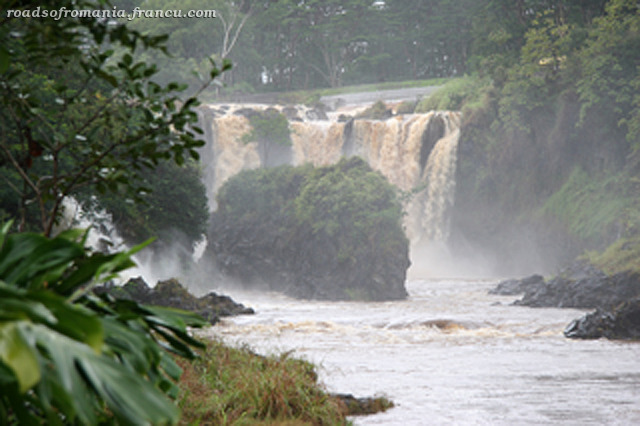 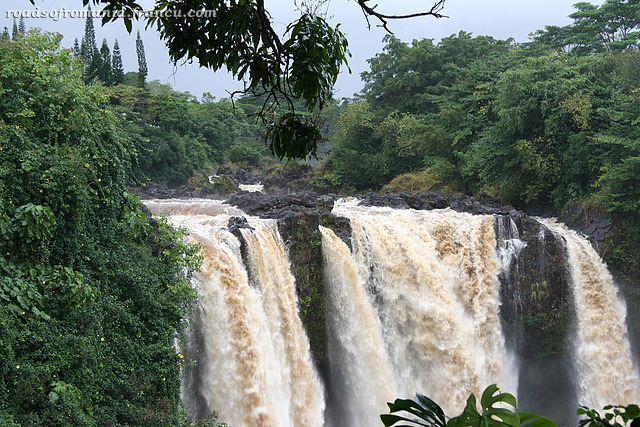