Big Island, Hawai’i 4th day. On the fourth day on Big Island Cris demanded that we keep his part of the bargain and go snorkeling. Leafing through the travel guide to find a good place to snorkel, I found that one of the best places according to the guide’s authors was very close to a Hawaiian temple. This was the beach I picked, thinking that we can do both activities, see the temple and go snorkeling afterwards. This time we drove south keeping to the west side of the island, passing again by fields of lava sprinkled with white stone messages and past the airport and the resort of Kailua. As soon as we left the highway the road started to descend towards the ocean. The Hawaiian temple that I wanted to visit had the long name of Pu’uhonua o Honaunau or Place of Refuge at Honaunau. From what I’ve read this place was a sort of an extreme form of “get out of jail free”, or rather “get out of trouble alive” meaning that if those accused of a crime could manage to get here they would get absolved. In ancient Hawaii the society was regulated by the”kapu” system of laws and according to the kapu the crime that one can be accused of and executed for could be as ridiculous as “one’s shadow touching the shadow of a leader” or “walking the same path as the chief” or “men and women eating together”. It was believed that the violation of these laws will bring god’s anger in the form of famine, lava flows, high tide and earthquakes so the violators were hunted down and killed. Their only chance was to reach this place of refuge and once inside the priests will perform ceremonies to absolve them and they could return home. It wasn’t easy to reach the place of refuge because the well defended royal grounds full of warriors were adjacent to the pu’uhonua. Today this place is a neatly organized national park and the quiet and beautiful grounds really feel like a place of refuge. There are some reconstructed Hawaiian huts, the wall that separated the place of refuge from the royal grounds and a reconstructed thatched temple that used to contain the bones of 23 chiefs. The small cove was full of green turtles basking in the sun. We walked around the place, following the lava all the way to the ocean. After the visit Cris finally got his wish, we went snorkeling at the beach just north of the place of refuge. The travel guide was right, it was a good place to snorkel with plenty of fish. On the way home we stopped by the St. Benedict’s Painted Church, a small catholic church whose walls were painted in Biblical scenes in 1899 by a Father John, a catholic priest who came to Hawaii all the way from Belgium. He’s done a beautiful job with the painting. 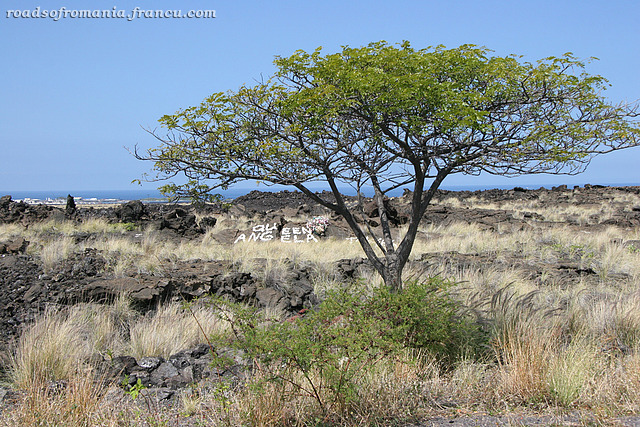 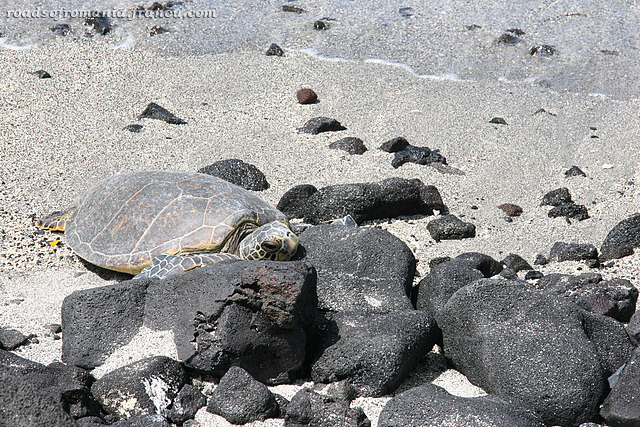 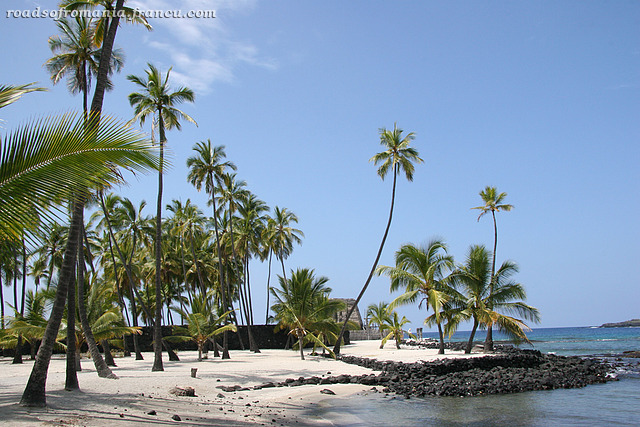 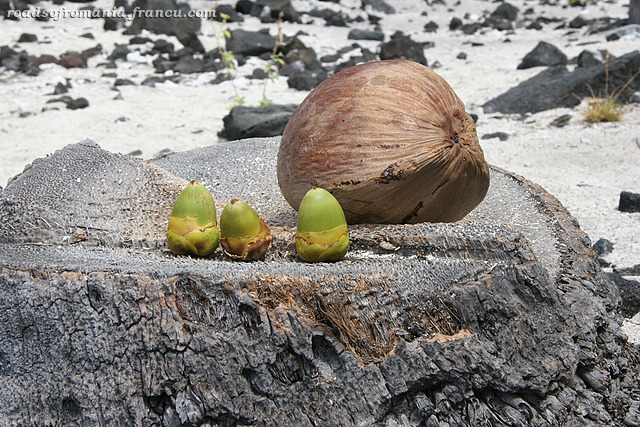 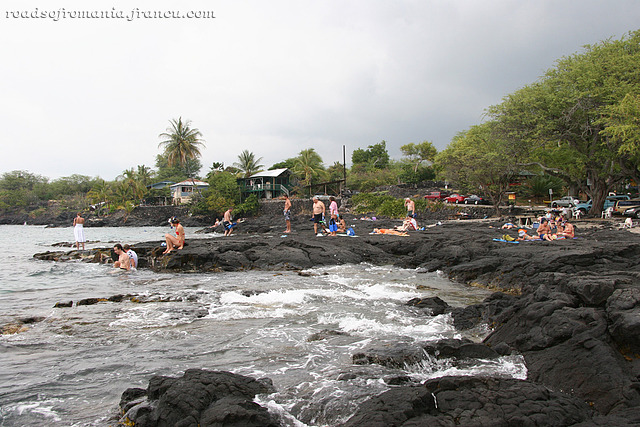 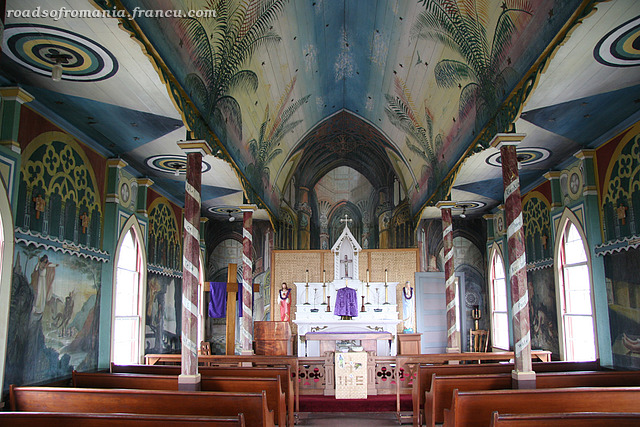 9 Responses to “A Place of Refuge”