We’ve been planning a trip to New York for a long time but kept postponing it for different reasons (birthdays, weather, relatives visiting). Finally, about a month ago we bought the plane tickets and decided to leave on May 5th, right after the May 1st holiday in Romania. About two weeks ago the swine flu story broke out and we hesitated asking ourselves if we should postpone the trip once more. We watched the news on CNN for hours and in the end decided to go ahead with the trip.

Cris and I have been to NY many time before, back when we were grad students at Rutgers University in central New Jersey, about an hour by train south of New York. For this reason Magda, who had also been here before, and I decided that this trip will be more of a “get back in touch with the city” sort of trip in which we would do a bit of tourist stuff but we would take it easy; we’ll try to enjoy things and activities that we didn’t have time to enjoy back when we were running to cross all must-sees off the list. This time we would enjoy sitting in cafes and watching people, we would eat in good restaurants, we would shop a little. We won’t climb the Empire State Building or go to the Statue of Liberty. We’ve done it before and we don’t feel the need to do it again. We’ll probably go to the Met, see a musical or a movie, try to meet friends who live in the city or close by.

Our first night in the city, for example, we went to eat Indian food, something that we miss in Bucharest where there aren’t many choices in terms of Indian restaurants. Magda got out her magic Zagat map that she bought on her last trip to US and we picked Chola on East 58th street between 2nd and 3rd Avenue. The restaurant was crowded, noisy and the decoration a bit kitchy as any respectable Indian restaurant would be and the food was very good. I asked for the usual – samosa, chicken tikka masala – while Cris decided to try some new stuff. We ordered a bit too much – I guess we forgot about the American portions – and asked to take home the leftovers which were about half of the meal. Walking from the subway to the restaurant I felt some familiar smells rushing back at me: the ominous smell of food that you find in an American city and – because this is NY – a faint smell of garbage.

On a different topic, we’re staying with friends on Roosevelt island right in the middle of East River. It’s one subway stop away from Manhattan on the F line.
A view from the Roosevelt Island towards Queens: 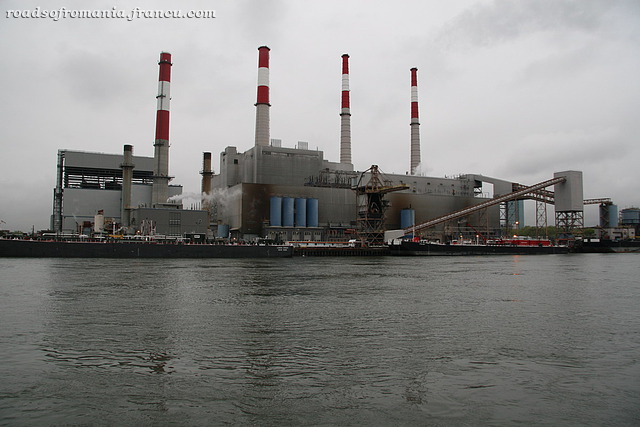 A view from Roosevelt Island towards Manhattan: 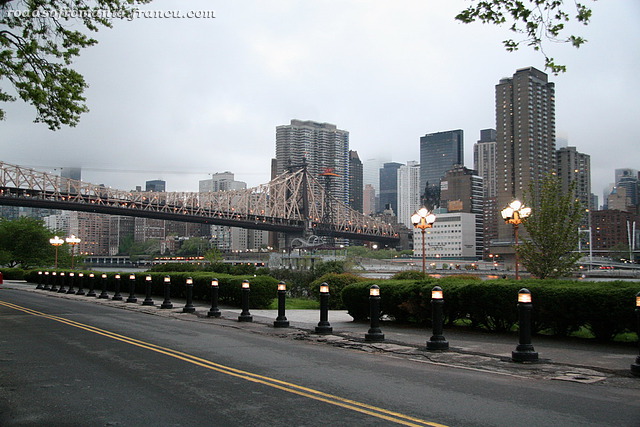 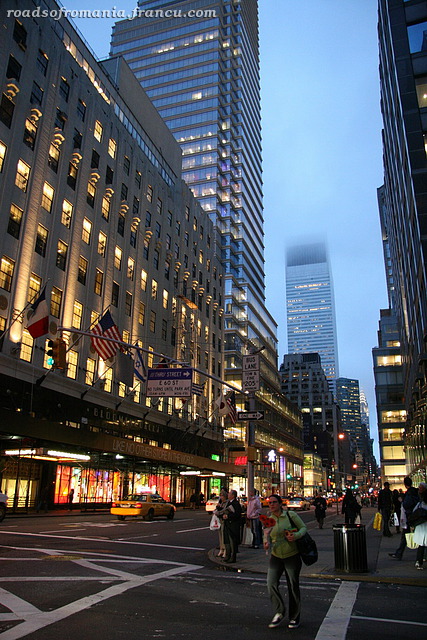 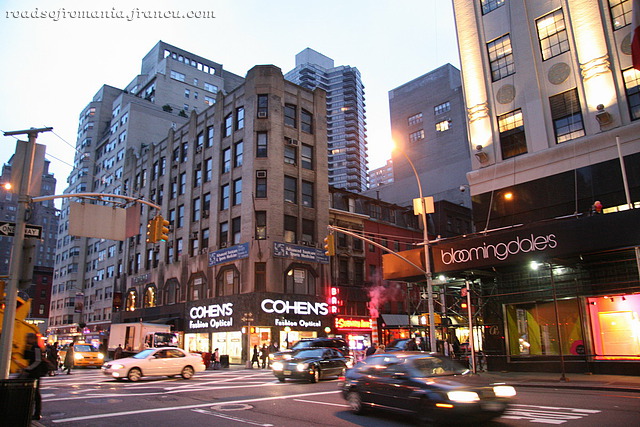