Day Two. Our first destination for the day was Washington Square in Greenwich Village but to our disappointment the park is closed for reconstructions until “Spring 2009”. I was hungry and earning for a bagel and we walked around the neighborhood to find me one. I’m crazy for bagels, it’s one of my favorite breakfast options. Within the world of bagels I like the sesame ones, toasted and with cream cheese. After enjoying this late breakfast, we took the subway from Christopher St. to South Ferry with the intention of walking around Battery Park. When we got there we found Battery Park overrun by tourists. I guess not many people had the same hesitance as us in coming to an area with swine flu. Or they decided that 98 cases in a city of 8 million is good odds. In any case, the line to the Statue of Liberty ferry was weaving around the park and all around us there were people with cameras photographing statues and pigeons.

We left the park and headed north where I was planning to take a picture of the Wall Street bull. I had to give up because it was impossible to see the bull from the group of tourists and you probably had to wait in line for minutes to take a picture of it. I settled instead with taking pictures of the New York Stock Exchange whose facade was draped with a huge American flag. They were filming a commercial in front of the Stock Exchange, we couldn’t figure out for what product. Three beautiful young women dressed smartly in short skirts were parading around while a guy sitting on a bench, reading a newspaper was supposed to fall down when seeing the girls. They repeated it for four or five times until we got bored and left. Next stop was the World Trade Center site which at the moment is a construction area. You can’t see much over the tall fences, just some colorful cranes. We turned right on Fulton and followed it all the way to South Street Seaport which is only a bit more than a glorified mall with shops and cheap restaurants and a beautiful view of the Brooklyn Bridge. We had some beer on the terrace while enjoying the view and headed for the bridge. The weather was good, sunny and clear, perfect for walking. The bridge was – of course – packed with tourists. And again we wondered the streets for hours until it was time for dinner.
The very patriotic facade of the New York Stock Exchange: 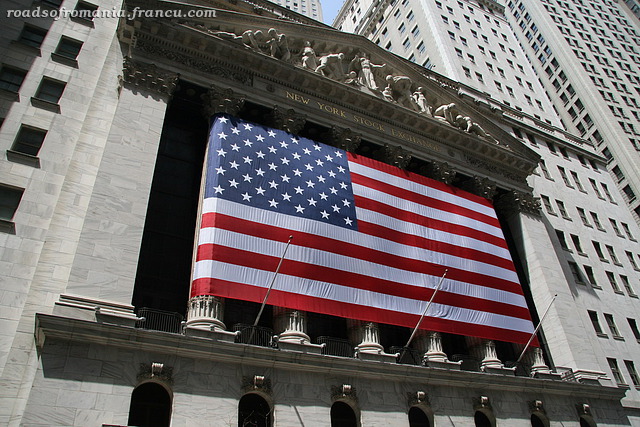 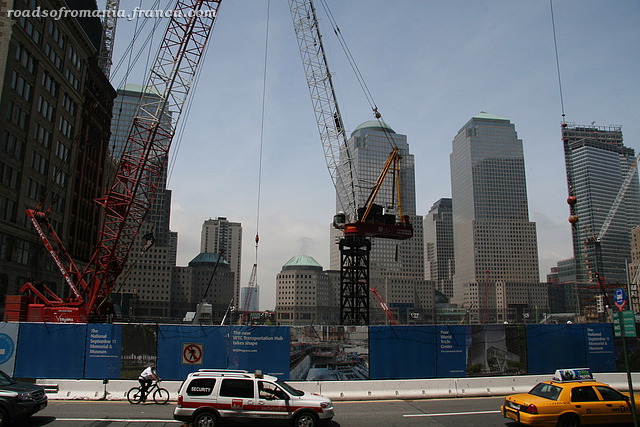 What they’re building at Ground Zero: 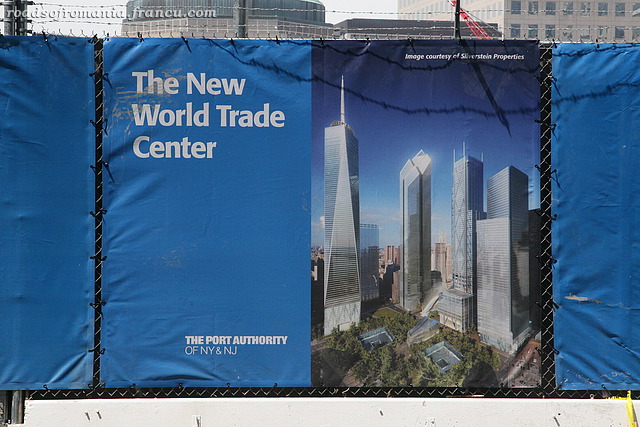 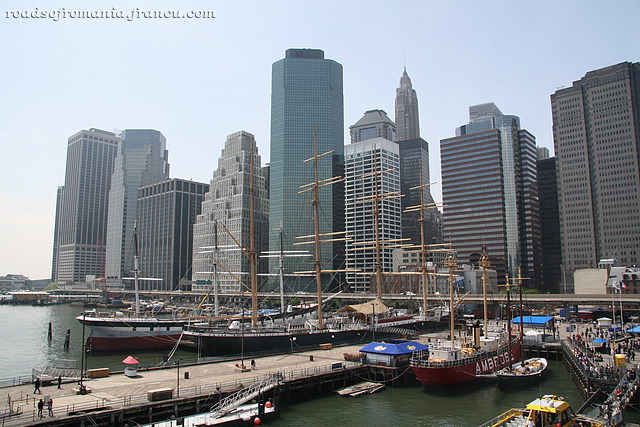 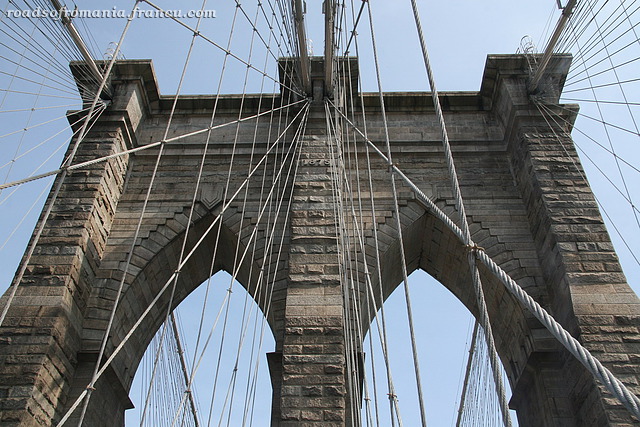 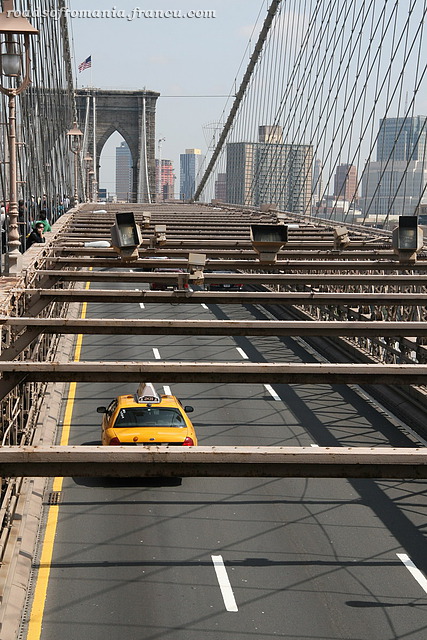 View of Manhattan from the Brooklyn Bridge: 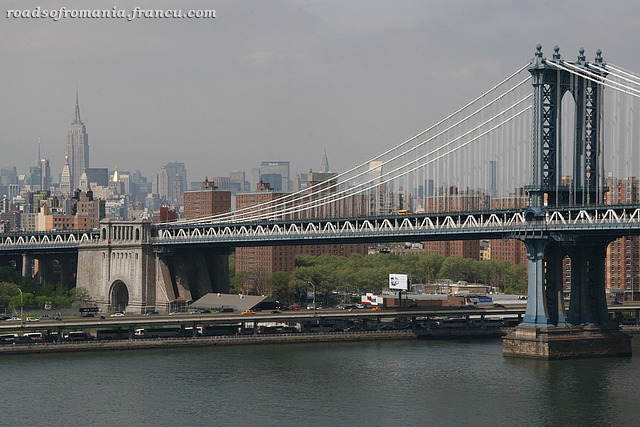