Big Island, Hawai’i, 5th Day. This was the most eventful day of the trip and the longest day as well as we left the hotel early after breakfast and came back after midnight. Before going we checked the weather report which showed a 50% chance of rain at the Kilauea Volcano but since this was the day before last in our vacation and I wanted one more try to see the volcano we decided to take our chances and go. And it turned out better than two days before, at least in the beginning of the day. We were able to stop at many waterfalls on the way to Hilo and this time the “scattered showers” were for real. We started with the gorgeous multi-tiered Umauma falls for which we had to pay an entrance fee because the access road was part of the grounds of the World Botanical Gardens. Nothing seemed to come cheap on Big Island. After seeing the falls we took a walk through the garden and I think it was worth the money. The garden had a lot of exotic flowers and trees that I’ve never seen before and some that I thought I knew but turned out to look different that what I was expecting. They had some bug spray at the counter but we ignored it, something we started to regret as soon as we got deep enough within the garden to be too lazy to return just for getting sprayed. We left the gardens in some sort of dancebreak movements, and I kept on scratching until we reached our next stop: the Akaka and Kahuna Falls. It was our third attempt to see these falls, the previous times it was raining so hard that we stayed in the car and decided to return another day. To get to the falls we walked a short path through the rain forest. With so much rain, the vegetation was living life to the maximum, everything seemed so green and lush.

Afterwards Cris decided he’s seen enough waterfalls for one day so we drove to the Kilauea Volcano. We passed by the visitor center and found out where we can see lava flowing. We drove the park loop, stopped and walked through a light rain to different craters, passing the time until dark. I liked the bleak, desolated landscape, the fumes rising up from the black earth, a lone rainbow shining through. About an hour before sunset we drove down towards the ocean to the end of Chain of Craters road. We parked a looong way from the end of the road, passed by numerous warning signs – “Extreme danger beyond this point” – and started walking on the lava. There were two paths marked by the rangers, one to a viewing point very close to the end of the road. It was difficult to see the lava from that point so we took the other path and continued passed the markings. At some point we found the remains of the old road, complete with a bent “No parking” sign caught in the lava field. We kept on walking until it got so dark we were afraid we’ll have problems returning. We were pretty deep inside the lava field at that moment and we could see the lava shining in the night at many points ahead of us. It was a great sight and we stood and watched for some time. After that we subjected our knees to some more suffering – it’s not an easy job to walk on lava – got back to the car, had dinner at the Volcano Lodge and started on the 3 hours drive back to the hotel. The people at the Volcano Lodge deserve my recognition. First they told us we have to wait half an hour to be seated but when they heard that we have a 3 hours drive ahead of us they took pity and fed us right away. 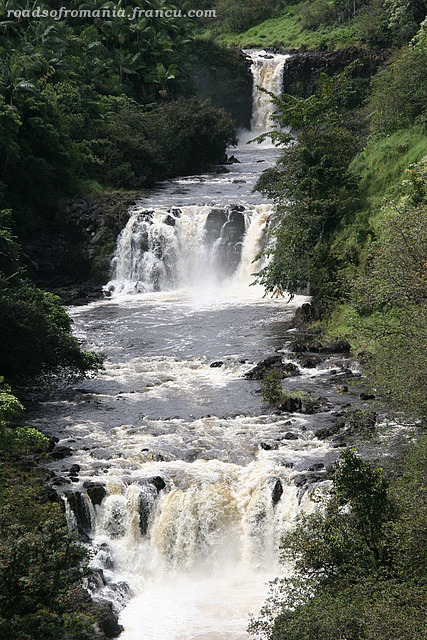 At the World Botanical Garden 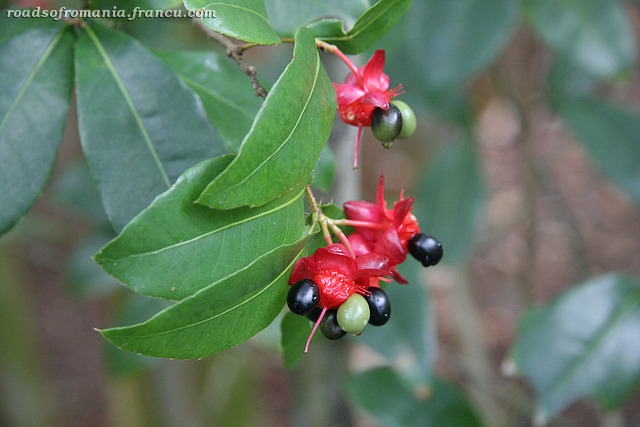 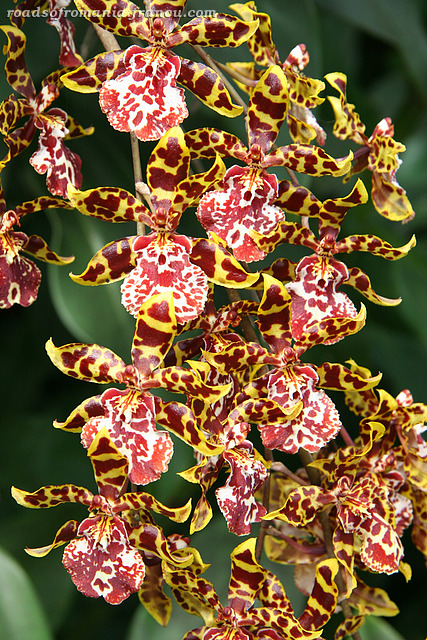 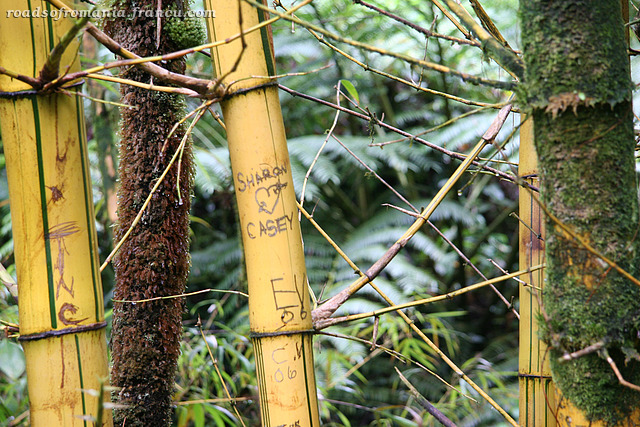 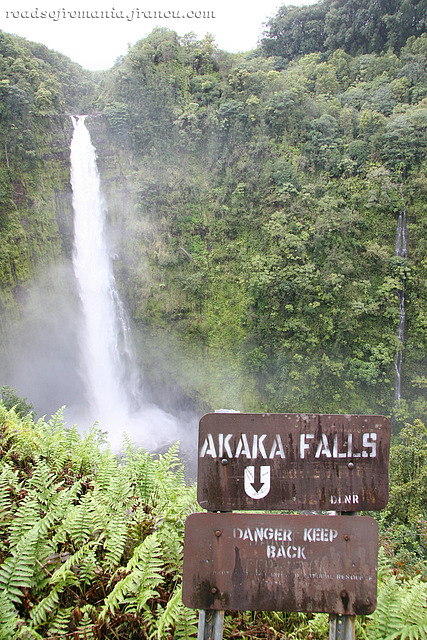 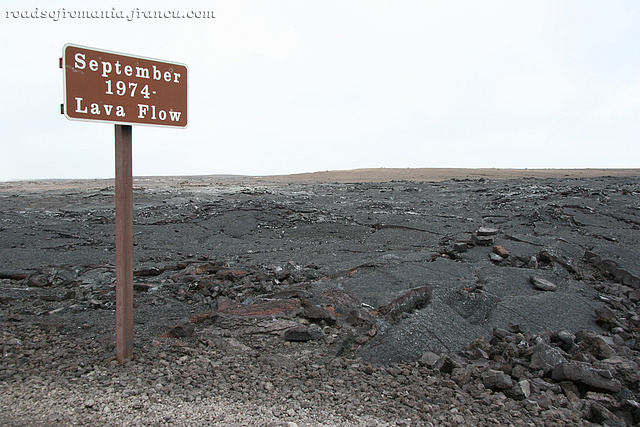 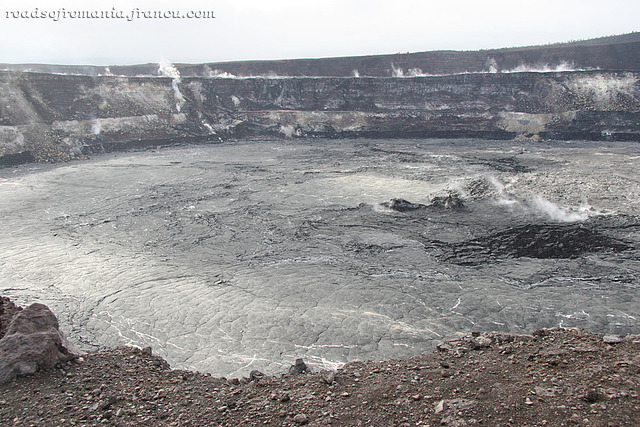 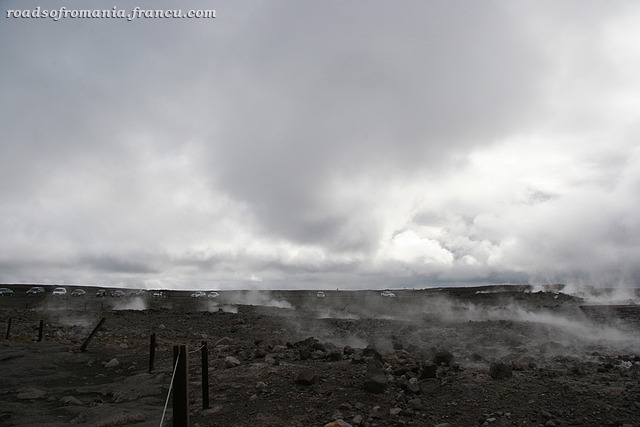 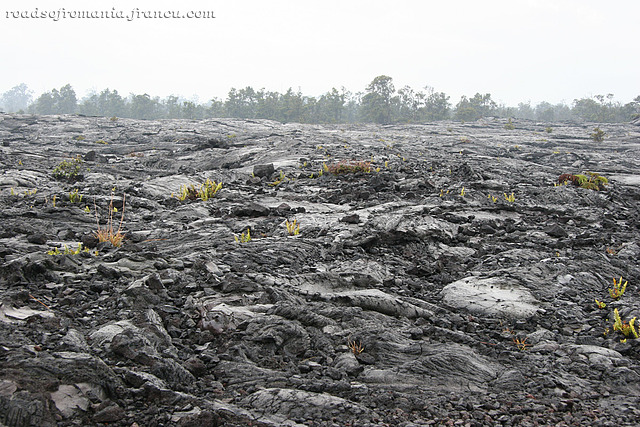 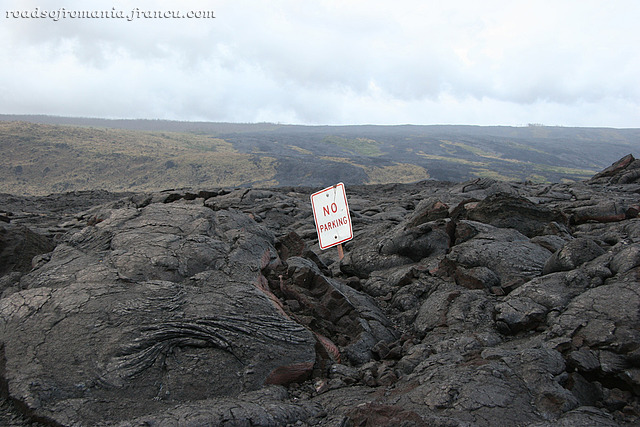 That’s me in the middle of the road 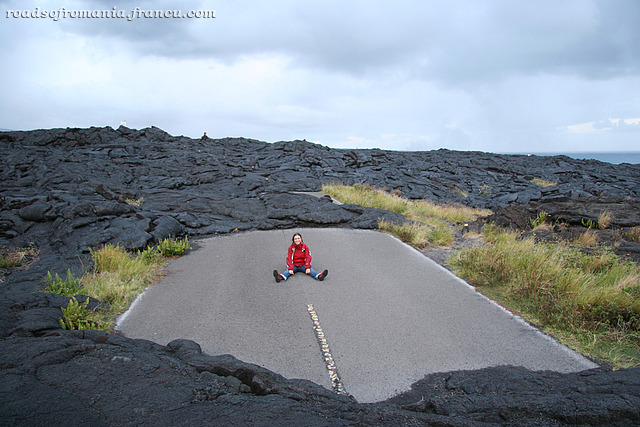 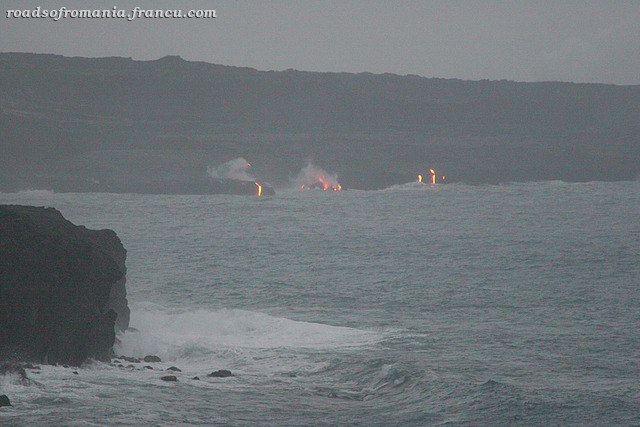 3 Responses to “Water and Fire”